We are dedicated to using our collective knowledge and acumen in our roles as solution providers for the Junction BID area.

Our team of professionals come from a myriad of backgrounds and possess a plethora of varying experience that, together, provides a well-rounded depth of insight and serves an array of business needs.

See how our team is making the Flatbush Nostrand Junction a vibrant space for community members and guests. 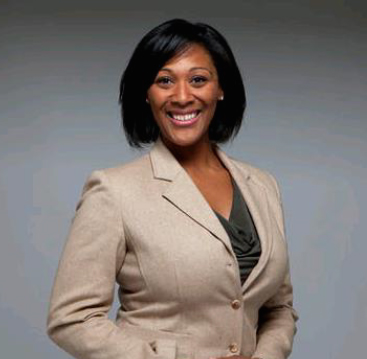 Brandi Thompson Ullian works with the Flatbush Nostrand Junction BID in producing exciting programs and events for both Junction businesses and residents, as well as establish a web presence that showcases the dynamic and exciting aspects of the Flatbush Junction community. As a resident of the Junction area herself, she is dedicated to enhancing the vitality of the neighborhood in which she lives.

Brandi is a communications, media and events professional with over a decade of proven experience across all three fields. She is an honors graduate of New York University, where she received a Bachelors of Science degree in Communications. After a brief exploration of the marketing field, she pursued a career in journalism, working as a Web Reporter, News Writer and Producer for both WCBS Newsradio 880 and News 12 Long Island TV, as well as the CBS Radio Network’s weekly “Osgood File” program, featuring news legend Charles Osgood. During this time, she concurrently held a position as Webmaster with a local Queens online community organization called “Why Leave Astoria?”, which created programs, events and a interactive social web platform that helped put the Astoria community on the radar of media and real estate professionals.

In 2010, Brandi shifted from producing news to producing events, and accepted a role as an Events Manager for the President’s Office at Columbia University, where she organized a multitude of small and large-scale events annually for the school and New York City community. Some notable events included the University’s Commencement ceremony and the Kennedy Prize for Drama award ceremony, which hosted members of the Kennedy family.

Brandi left Columbia in 2014 to pursue a professional career as a vocalist. She currently performs regularly throughout New York City, and, in addition to her important role with the Junction BID, travels across the nation and globe performing for various artists in a multitude of venues. 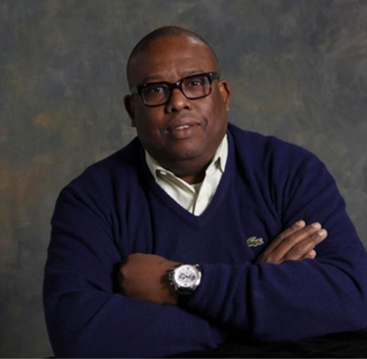 Kenneth serves as the President / Executive Director of the Flatbush Nostrand Junction BID. Prior to that, he developed and expanded Economic Development initiatives as a Principal of EastMB Group. His work focused on urban development priorities, creating effective public-private partnerships and business acquisition advisory. He played a key role in the revitalization of secondary commercial corridors in Central Brooklyn, that included real estate development, business attraction, information dissemination and data collection processes.
Kenneth also worked as a corporate banker with Bank of America and IDB Bank covering specialty finance, apparel and healthcare companies. As an entrepreneur, he purchased, operated and sold a specialty chemical manufacturing company in Northern New Jersey.

Kenneth is a certified Economic Development Finance Professional (EDFP); member, board of trustees for the International Charter School of New York; board member, Northeast Economic Development Association; board member, Brooklyn Chamber of Commerce; board member Brooklyn Community Board 3; adviser, Dechets a l’Or, a triple bottom line waste management technology company in Guinea, West Africa and CORO alumnus. Kenneth earned an MBA in Finance from Pace University; BS in Biochemistry/ Microbiology and Medical Technology from the University of Nigeria and York College, respectively. He lives in Bedford Stuyvesant, Brooklyn with his wife and two children. 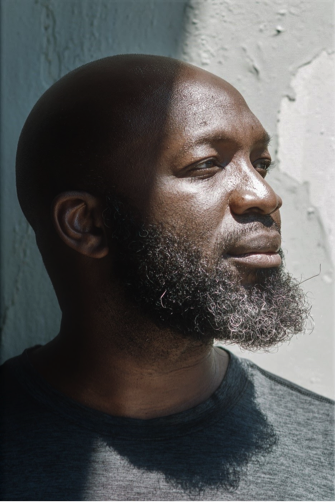 Otitigbe's work has been in national and international exhibitions such Bronx Calling: The Second AIM Biennial, organized by the Bronx Museum and Wave Hill. He has participated in residencies at the Massachusetts Museum of Contemporary Art, The John L. Warfield Center for African and African American Studies, Austin, TX; 701 CCA, Columbia, SC; Center for Book Arts, New York, NY; and Luminary Center for the Arts, St. Louis, MO. Otitigbe’s fellowships and awards include the CEC Artslink Project Award, Smithsonian Artist Research Fellowship at the National Museum of African Art.

His curatorial projects include the es ORO Gallery (2007-09) and the Topophilia Exhibition (2017) as part of the Meeting Festival in Denmark. Otitigbe’s public art practice includes temporary and permanent installations. He contributed to the creative expression on the exterior surface of the Memorial to Enslaved Laborers.

He is an Assistant Professor of Sculpture in the Art Department at Brooklyn College and the Director of the Turnbull Gallery in New York. He received his B.S. in Mechanical Engineering from MIT, his M.S. in Product Design from Stanford University (M.S.) and his MFA in Creative Practice from the University of Plymouth.
www.etootitigbe.com 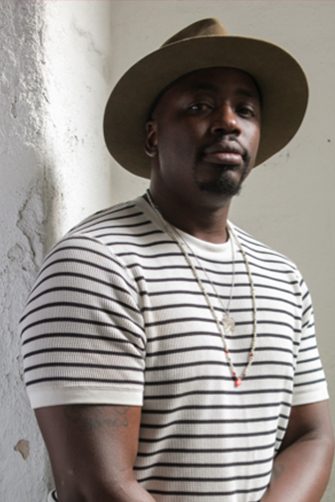 In his role as Cultural Network Curator with the Lambert Foundation, Rasu translates Lambert’s core values and approach to network theory and emergent strategies into organizational practice while cultivating the abundant resources and assets of Lambent’s grantee- and partners. Rasu develops programs and designs opportunities to promote shared learning. He curates experiences that strengthen collaboration and the exchange of ideas.

Before Lambent, Rasu was Director of Recruiting and Community Engagement at the New Museum’s cultural incubator, NEW INC. There he developed and supervised mentorship and alumni initiatives, designed community culture, and formed a pool of applicants that drew equally from art, tech, and entrepreneurial sectors. 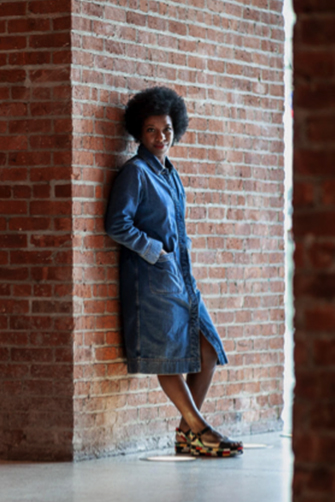 Shelley is a cultural entrepreneur born in NYC and raised between Brooklyn & the Caribbean. She is the Founder of CaribBeing, a thriving venture at the crossroads of culture + art + lifestyle that collaborates with some of the Caribbean’s most visionary talent and brands. Worrell led the movement to name Brooklyn’s Little Caribbean, to support and celebrate hyperlocal Caribbean-American communities and culture.

Worrell’s multi-platform & cross-cultural activations have been featured by Black Enterprise, Caribbean Life, NBC and Hyperallergic and she has been personally profiled in The New York Times and Good Morning America.
Worrell began her career working for top media and technology brands including Google, The History Channel, A&E, Time Warner and YouTube with senior roles in strategic partnerships, global business development and digital operations spearheading the successful launch of over 100 digital and TV products. In 2018 she joined the US Department of Commerce as Head of Caribbean Partnerships and currently serves on the board of NYC & Co and Prospect Park Alliance.

Shelley holds a BA in Cultural Studies from CUNY, Brooklyn College and a MA in Media Studies from the New School. She lives in Brooklyn and enjoys traveling and gardening in her spare time. 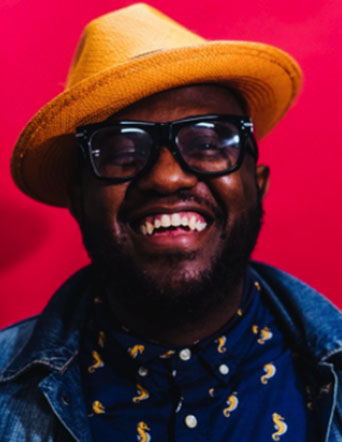 Adrian is the UX Creative Director at iX, the experience design division of IBM Global Business Services. But that is only the tip of the creative iceberg.

Adrian is a designer, painter, big concept thinker, and a creative force. Creativity fuels him and he has used that energy to soar through a 20-year career in design, advertising, and the arts.
Adrian started his career in Atlanta, as a designer and art director for advertising agencies. But when the internet boom of the 90s and the emerging digital media landscape caught his eye, Adrian made a decisive pivot. He joined a digital agency, and carved a thriving career developing websites, banners, and other digital components.

Since then, his experience in digital and interactive design and strategy has grown dramatically. He has created work for some of the world’s biggest brands, including Toyota, Coca-Cola, AT&T, Walmart, Bank of America, Citi Bank, Chrysler, Ford, and multiple branches of the U.S. Armed Forces, among others.
Adrian is also versed in wearable technology––he created one of the Apple Watch’s first apps––and has extensive experience solving design and digital challenges for FinTech.
Recently, the multi-hyphenate creative has expanded into design for film as well as film-related merchandising and product design. His collaborations with iconic filmmaker Spike Lee have resulted in work for films like Chiraq, Michael Jackson: From Motown to Off the Wall, and the ESPN documentary Two Fists Up.

His creative thinking and design skills have earned industry recognition, including a Gold Addy for the Publix Greenwise micro-site and a Bronze Addy for the Florida’s Natural Orange Diaries Blog. In 2015, he was featured in the Communication Arts “Insight” column, and Advertising Age named him one of 40-under-40 to watch. Most recently, he was recognized by American Illustration for excellence in the field of illustration and design.
In his spare time, Adrian enjoys painting, coding, reading, music, sports, visiting art galleries and museums, and playing video games. He lives in NYC with his wife, Nicole and their son Garvey. 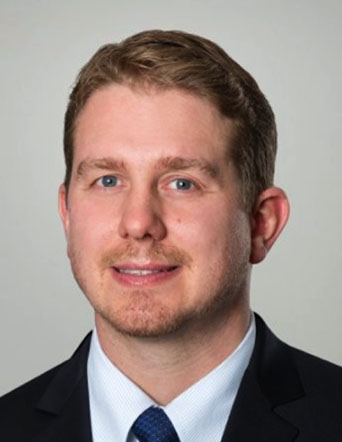 Andre Sigourney is a Vice President in CBRE’s Midtown office specializing in investment sales and leasing in the New York Metro Region. He joins the firm’s NY/NJ Regional Industrial & Logistics team, which has a distinct concentration on industrial sales and leasing as well as landlord and tenant representation.

Prior to joining CBRE, Mr. Sigourney served as a Director of Investment Sales at Ariel Property Advisors, where he originated and executed exclusive listing sales in Manhattan below 96th street. Before his time at Ariel Property Advisors, Mr. Sigourney spent five years as a Managing Director at CPEX Real Estate, where he led a team of dedicated sales professionals in selling and leasing retail investment properties.

Since entering the New York City market, Mr. Sigourney has brokered over 75 transactions with an aggregate value of over $500 million. Recent notable transactions that Mr. Sigourney has been involved with include the 116.8 Million sale of the Bradley Industrial Park in Rockland County NY, the $46.5 Million sale of 1622-1632 York Avenue, a 75,000 BSF development site on the Upper East Side, the $30 Million sale of the John Pierce Residence at 11 East 51st Street and the retail/industrial assemblage in Woodside Queens consisting of 33-15 56th Street and 33-16 to 33-18 57th Street.

Mr. Sigourney is involved in various charities and organizations, both in conjunction with the company and in his personal life. Among those he is involved with are the Real Estate Board of New York and the International Council of Shopping Centers. Mr. Sigourney also sits on the board of the Kwenda Collegiate Girls Charter School.

Mr. Sigourney is a Hirsh Fellow at NYU’s Schack Institute of Real Estate where he is obtaining his M.S. in Real Estate Finance and Investment and a graduate of Syracuse University with a dual Bachelor of Arts degree in Political Science and Philosophy. He currently resides in Westchester County, with his wife and three daughters.

Stephanie has extensive experience appearing in deportation proceedings on behalf of clients applying for cancellation of removal and asylum among other forms of relief adjudicated by an immigration judge. She is a zealous advocate for clients in removal proceedings before the Immigration Court.

Stephanie holds a Bachelor of Arts degree from New York University and a Juris Doctor degree from Cardozo School of Law.

Meet the BID Board Members

The Flatbush Junction BID represents the voice of property owners and business in the commercial area; working with our partners to develop “the Junction” as a better place to work, live, shop and visit. 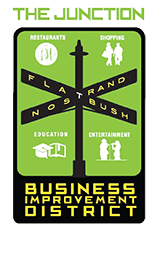